This past 10 days or so have been crazy! Last Saturday our big horse, So So Worth It, raced in his second race, a maiden special weight at Churchill. It was opening night and he ran on the grass. Didn't finish well but raced well and we decided he'll be able to handle the special weight and we won't have to drop him to a maiden claimer. He came home afterwards and has be very happily turned out on green grass with his 2 year old buddy, Curtis. 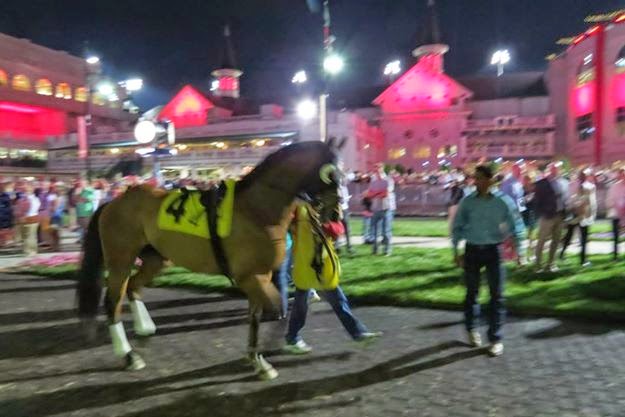 Curtis.... boy does that kid have an attitude! He's going to be a runner, I bet you any money! We were watching race replays of his sire, Noonmark, races and that horse was a runner. If my kids inherited any of his potential I've got runners!

Last Sunday my besties and I went to Rolex. It was my first time at Rolex, though not my first time at the Horse Park. I was awesome. I accomplished my goal of saddle shopping....well....window shopping. I don't have money to buy a saddle at them moment but I needed to sit in as many as possible to find one that fit me and that will fit Twister, who is a bit of a hard fit. I think I found a few that will be great. The Devoucoux is obviously the most drool-worthy saddle I have ever sat my keister in. But I'll have to win the lottery before I can ever afford THAT saddle. 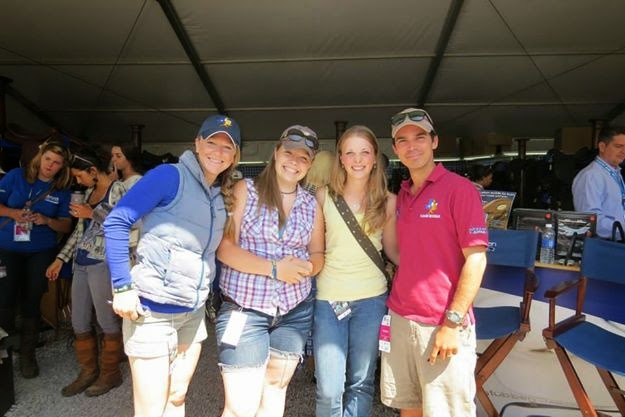 Saturday was Derby. I love Derby. I've loved Derby since I was old enough to know what it was. It was my second time at a backside party. I had my new awesome camera and got tons of shots. I have several of California Chrome going in and out of the test barn. And WHY when I tell people that he was going to win the Derby easily they kept asking "what about this horse or that horse"?? This horse has a real shot of winning the Triple Crown. And I know I'm not the only one to have thought it. He's not a very big horse. But he's gutsy and fast and is almost always hand-ridden to a finish. For anyone not knowing what that means.... it means they didn't show him the whip. He did it all on his own. 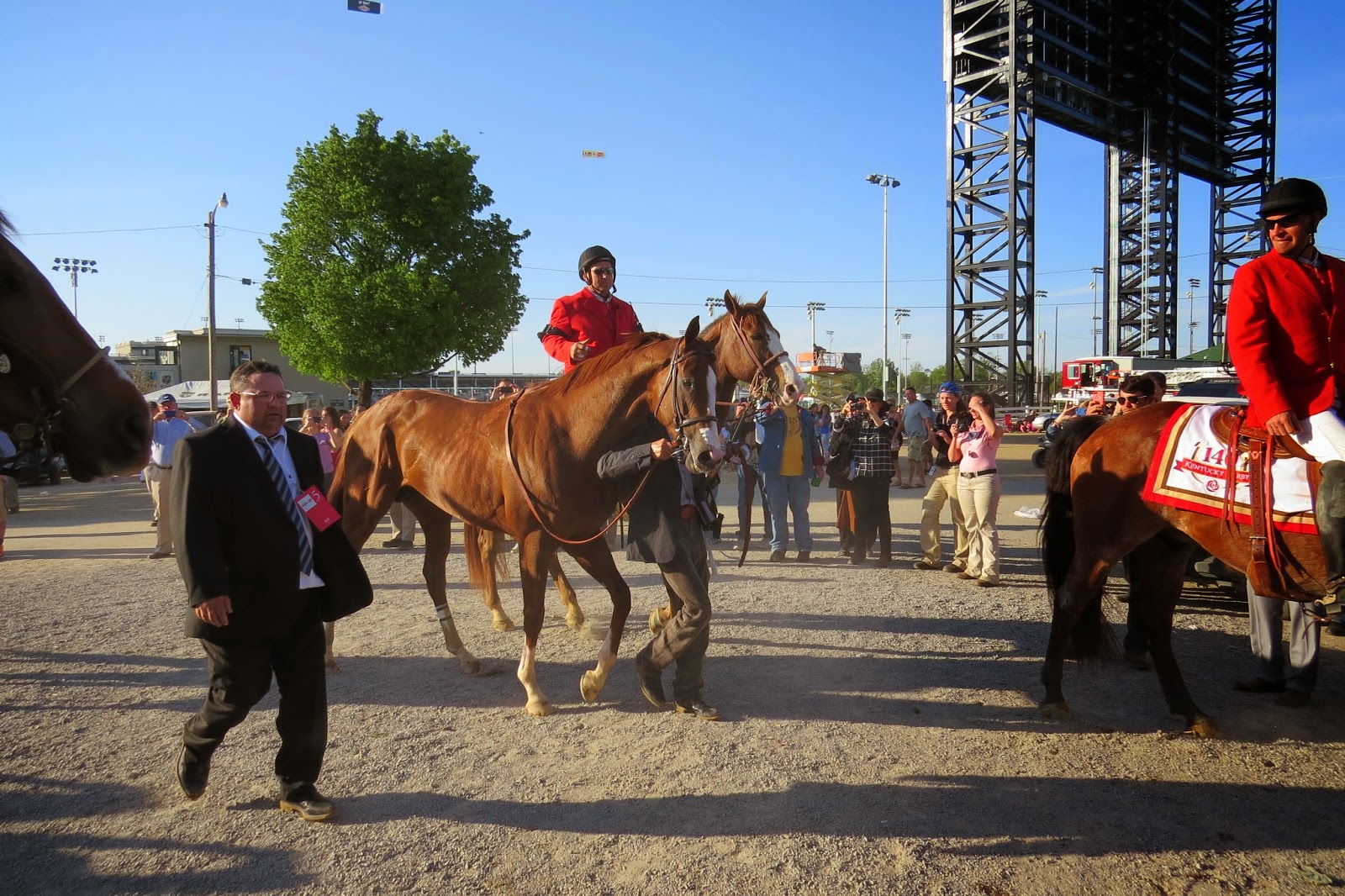 And I love listening to people at the track talk about horses like they actually know a thing or two. Sometimes I can't help but stick my nose in and let them know how stupid they are. Or get this.... one lady overheard me telling our friend that "my 3 year old is fat" and thought I was being a terrible parent talking about my child..... oh jeeze..... *rolling eyes* Or hearing a lady, well-meaning I'm sure, tell her person that the pony leading the Derby horses out to the track was a mare. HAHAHA! For those of you that know a thing or two about horses, you know that a mare pony would have all hell break loose.

All week has been riding and training the babies and getting Fatass (the big horse) back into work. I've been riding the 3 year old a bit. But yesterday was the first day it was dry enough to ride outside and I wussed out. I hate that I do that but I am not a gutsy rider. There was my friend's mare there and his brother who he thinks is his lover friend.... and he started pulling and became hard to steer and I wussed out. I've never been a really gutsy rider. But lately I'm just a chicken-shit.....

Yesterday I also rode Twister good and hard for the first time in a while. We also jumped. He was awesome. Picked up his leads and jumped nice and relaxed. We haven't jumped in over a month and he was great. Actually I think that's where I'm headed now... out to ride, hoping maybe it's cooled off a little. The thing about summer is you have to choose your riding time: early in the morning or early in the evening.
Posted by Sarah at 6:32 PM