So I rode Twister Friday. Left work super early and the sun was out and it was my birthday so yea I was going to ride! Twister was ....ok. We just hacked around my field. Mostly I wanted to see if Ranger knew enough to stay out of our way while in motion or if we'd be at constant risk of running him over. He got tired of running after us after like 5 minutes and was good before that. I lunged Twister after our ride. He seemed stiff so I wanted to watch him move. His new things is to rear up, buck and bolt every single time I asked him to change direction. I guess he doesn't feel that bad lol.

I didn't ride Saturday. Just no time. But today we rode again. I have a new (to me) dressage saddle and a for real new bridle to try out. Saddle seems to fit great and he moved well under it. 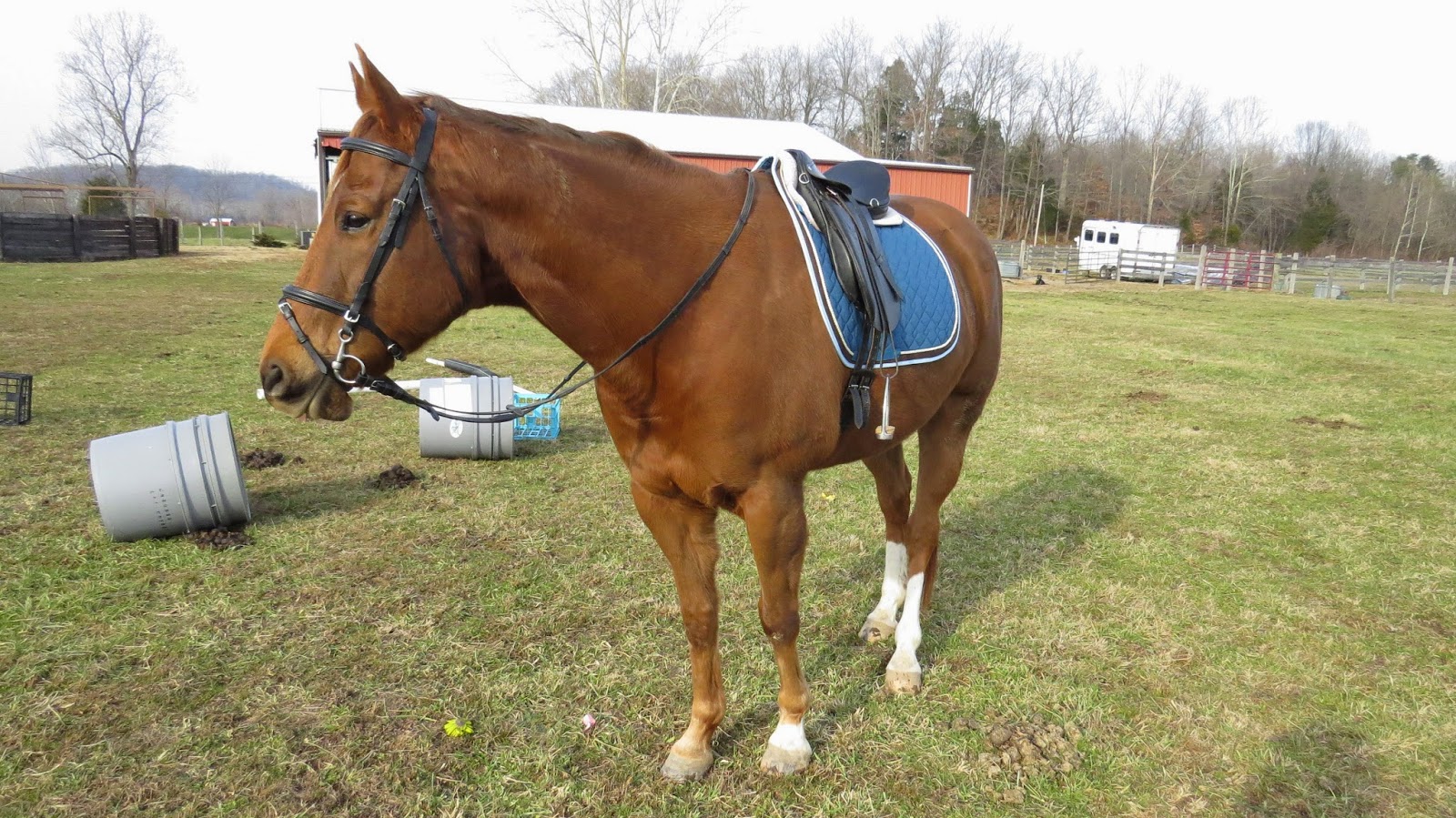 Actually, despite the fact that I could feel him containing his friskiness, he was great. Mostly light and bendy. He tried hard to be round. After the dressage lesson a few weeks ago, I am slowly increasing the amount of bending and poll releases I do in a day. His neck got sore and knotted from so much intense riding all at once. Plan is to build up muscle and time spent doing dressage work until we I know he can make it through a whole lesson without coming home sore. I was really happy with him today. I did wear spurs, which makes a huge help. As Silke White said, "he's thick". Stubborn ass mule. I do love him though. And he loves his new puppy. Will even share his feed dish with him. If that ain't love, I don't know what is!

The best news is, today is winter solstice. Which means the days will only get longer. Which means I'll be able to come home and ride after work without having to play hooky so much!