Got in another jump school after work! I was super excited..... until the new horse showed up (this horse makes my horse look small and my horse makes most horses look small). There was yelling and screaming and fence running and Twister got super edgy.

I tried to warm him up but he didn't even know I was up there until I got after him a bit. Then I set up a couple more low jumps and tried to trot and canter over. He was beastly. Over jumping and when I asked him to canter he took off like he was breaking out of the gate..... this isn't me thinking he's fast when he's not. He was a total ass. But..... I guess this is ok. We mostly-ish worked through it and got a couple good jumps in and then I wanted him to do a couple rounds in a canter on each lead. I started with the hard one first. Picked up the right lead first try. BAM! Super excited especially after he's been stiff on that side. After I got the left lead and cantered one more jump I called it a day. He might have been super strong and kinda pushy still but at least he was paying attention. Which he was doing in no way shape or form when I got on him.

Sorry for the terrible pics.... pics i took w/ my tablet
off my crappy camera's crappy screen 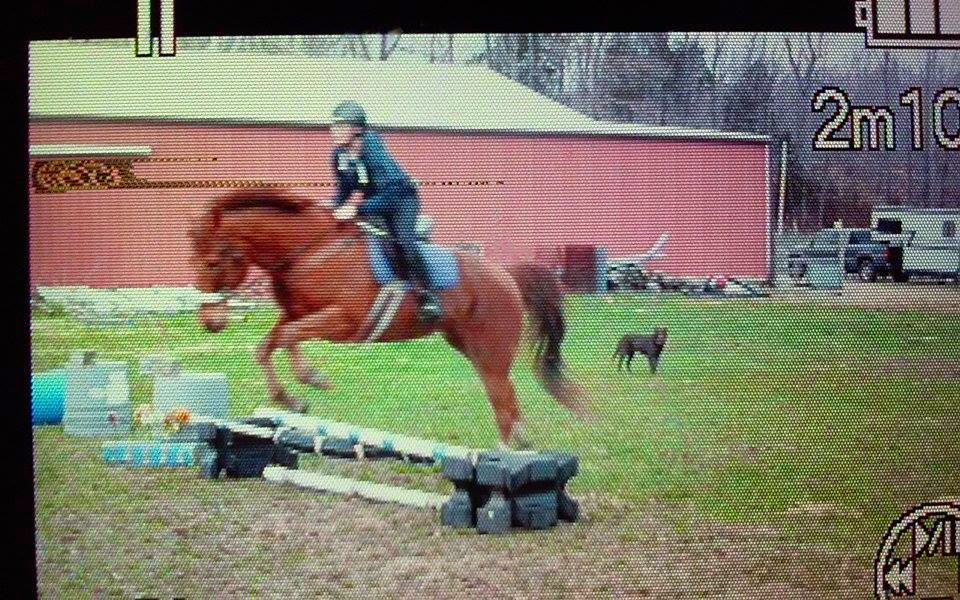 The next few days will be rainy so I don't even know if I'll get to jump again before the show. This could be really bad or really good. Twister and I are good at stepping it up when needed. But while it's rainy we can work on muscles and his top line.