My poor poor horse. I knew his teeth were bad, but had no idea how mean I'd been for months and month not having the dentist out. The racehorses have their teeth done every year, some times more often, as in Porkchop's case. I'm surprised he hasn't called Sarah McLaughlin and the ASPCA.... after all he is SO dramatic.


With the promise of a decent tax return, I scheduled an appointment. The guy has known my person for years and lives only 10 minutes away. He came out first thing this morning. I wanted him to try to work on Twister without any tranq, but Twister has never had his teeth floated to our knowledge and was a bit of an ass. So he got a shot. 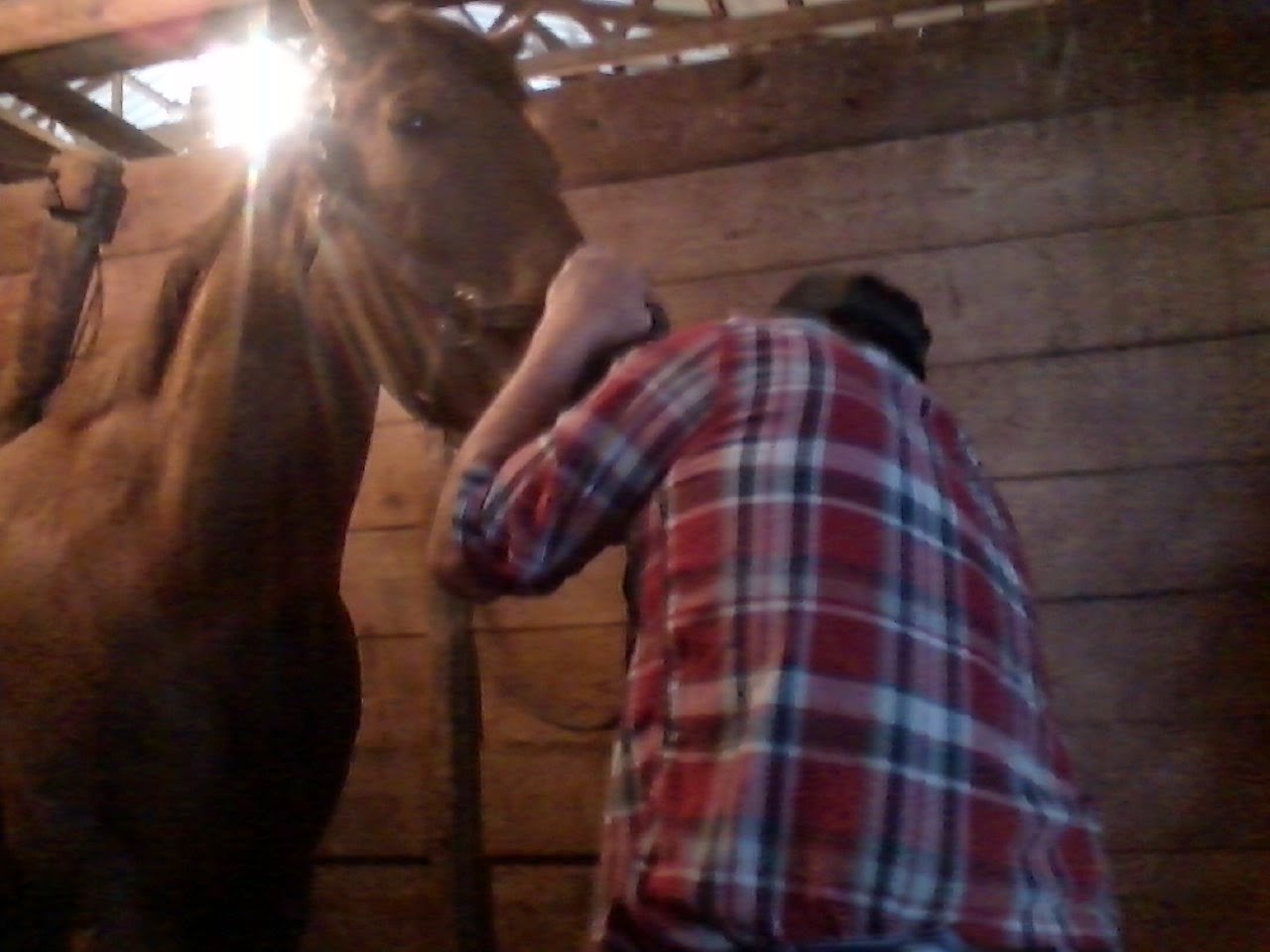 He did a really great job. Worked on Twister for about an hour and made sure to get all the way in the back and pay special attention to the teeth right behind the bit.

When I left for work Twister was still pretty out of it. The other horse was outside and Twister left in his stall, and he didn't even care. Which is a big deal. My person will turn him out later for me. I was going to shedrow today, but I figure I'll let his mouth rest today and maybe shedrow or hack out tomorrow in the hackamore and try the Micklem and snaffle on Saturday.

By the way! I don't know how he knew, but the dentist asked if I rode him in a French snaffle. How did he know??

Anyways! Twister has had far too much time off since the show, mostly because it's so freaking wet outside I can't really train anyways. I could jog in the shedrow but Twister and I both hate that and it has to not be down pouring to go down the road...... This soggy spring is cramping my style. At least it's warm.....

Also! The dentist ask me who did Twister's feet because they looked really good. I was so proud to be able to say I do this feet!! =D