October is a cruel bitch

Last October something happened..... several people/dogs/horses that I knew died including my Lola Moose. I still haven't quite gotten over Lola. I hated that October. And as October approached this year all I could think of was boot weather. A break from the heat.

Then yesterday I had to put down my puppy. Ranger broke both his right legs and because he has no hip joints from the FHOs and severe arthritis in both front legs (elbows and knees) he was just a messed up little puppy and there was really nothing we could do. Our vet said he'd do surgery if we wanted but he couldn't even say if Ranger would walk again. If he did walk, he'd be on heavy pain meds for whatever short life he had left. It just wasn't fair to such a sweet boy to put him through all that because I couldn't even bare the thought of losing him. 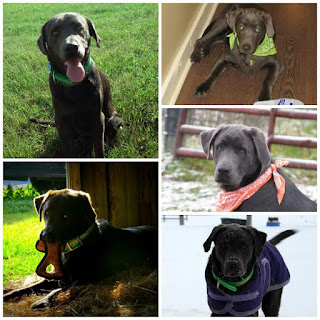 I buried him next to Lola on the fence line with his favorite Kong squeaker toy.

Poor Roader is so upset. He slept with my person and I last night and he never stays in bed with us a whole night. He is 12 years old but keeps outliving all his friends. I let him sniff Ranger when we brought him home from the vet. I didn't want him wondering if he was ever coming home. 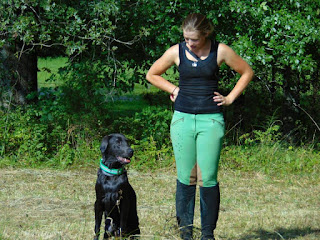 I'm so worried about Roader now. Last year after Lola he got depressed and lost a ton of weight. So even though I'm definitely not ready for another dog I have to make a decision to get another dog right away (so I can have it trained up a bit before April) or wait until this time next year to get another dog. And it's not something I even want to think about. But I have to. For Roader. He doesn't like being alone all the time.