OMG. I just can't even with the bugs going around. So I was sick, then the baby then my person then the baby again. Now my person has a flu thing (not a stomach one thank God!) and Sianna has been sniffly and I can feel the sinus shit coming on for me. SO OVER IT! Fucking 80 some degrees in NOVEMBER and I feel like crap and even though I've had time to ride I haven't. My person and I both work with the public. Which means adults and children alike hacking and sneezing and snotting all over public places instead of freaking staying home with their DayQuil and a bottle of Purel.

E and a big group of us are going riding at her place Saturday (if I'm healthy!) so I feel like I should be doing something with Twister so that I don't get dropped in a field or ditch.... I put him in the machine Monday to jog some. And I need to trim up his front feet a bit so I can boot him. And I should ride or job him under tack in the machine at least once more. He thinks he's a racehorse. He hasn't been on a trail ride in over a year and he'll get in a big field there is a good chance he'd take off and fucking leave me hanging off his neck or in the dirt.....


I rode a week or so ago. Tried to do as much 2pt as possible. 30 mins straight of trot and canter (some in 2pt) left us both sweaty and needing a puffer. Other than that.... nothing. 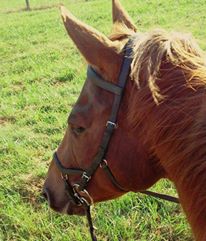 Today I went outside to see what my person was doing.... idiot has a fever of 100.4 this morning and is out in the barn knocking shit down. Then he'll be in the house "ooohhh I feel like shit. My head hurts. I'm cold. I have a fever again". GAH, men! *Giant eye roll* I was like I should get Twister and ride. But eh. My heart isn't in it. Between the baby and him I hardly slept last night and I work this evening. So I hosed off winter blankets because it won't be 80* forever and took some pics of Rascal. 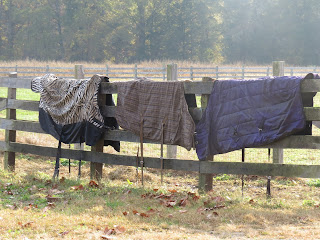 Did I mention that? Rascal is for sale. He just isn't getting the attention a young horse needs. And if Curtis doesn't heal up enough for racing he will probably end up being our extra riding horse. 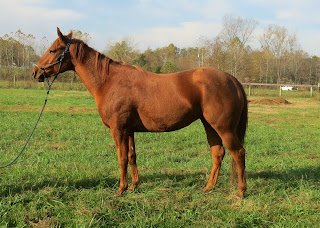