I Rode My Horse Last Week

So about a week ago I went for a real, working ride. Twister was frisky and after trying to pop a couple wheelies, he just wanted to canter. So we mostly cantered and appologized profusely for bouncing around on his back like an out of shape sack of potatoes. On the bright side my pelvic floor seemed to be cooperating (after a visit to my doctor a couple weeks ago, she says I'm still such a mess from delivering my child's large, face up head that she highly suggests PT for my pelvic floor. Lovely). Our WT was pretty decent even if our canter looks like shit. 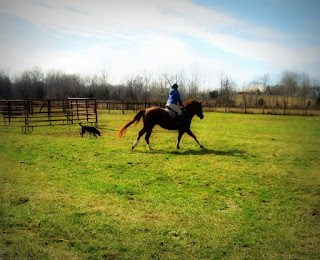 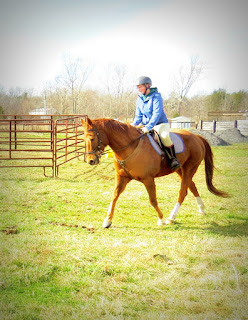 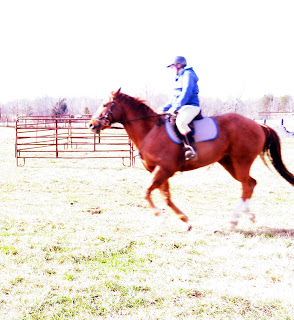 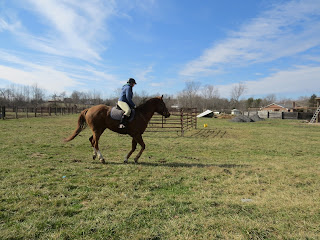 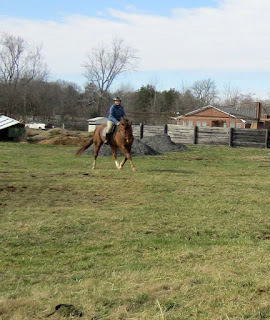 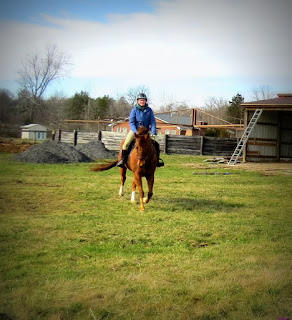 We haven't had any luck selling Rascal yet either. Lots of people want to come see him, then no one does. Most people are no call, no show. Which pisses me off so much. But the last lady just decided she needed to wait a while before buying another horse as much as she really wanted to come see him. At least she let me know. We've been talking about just keeping him. A couple years and a few more miles and that big ol' dumb bum will be a great kid's horse. He's big. But gentle and lazy. Emphasis on the lazy. Neither of us really like riding him though. Maybe I'll start riding him English. That would definitely make me happier. My person won't like that, but miles is miles.... right?
Posted by Sarah at 10:51 AM