2018 was a pretty good year, all things considering. I barely got any riding in on Twister from January-March. Then we moved to the new farm at the end of March and it was a few weeks before I took my first ride here. I haven't focused much on Twister this year at all aside from hacking around and fitness for the hunterpaces. He's a bit peeved about it too. He likes having a job, though SJ has been on him quite a bit this year.

In April we got the no-go for Curtis to go back to racing and I spent 2 months on ground work before getting on him at the end of June. This kid loves to have a job and he's so smooth.

He has a great head on him and handled just about everything I've thrown at him like a well-adjusted adult boy. Except for that show. Which ended pretty well even though it was an overall hotmess. But I'm actually sitting on a super athletic, leggy kid with fancy potential and I can't wait to see where we go next summer!

I've also been able to keep him barefoot. He hasn't had shoes on since August or September and has been totally sound. *KNOCKS ON WOOD LOUDLY AND REPETITIVELY* This fall and winter has been so miserably fucking wet and I'm battling thrush. No surprise. Twister has the worst of it, of course. Rascal is about to blow an abscess I think. Curtis has some thrush but not as bad as the other 2. I'm hoping to keep him barefoot and sound through the year and show season.

1. Get more time off the farm from now until April or May. Lessons down the road. A ride in the indoor the other way down the road. Schooling trips to Masterson for experience. The biggest thing we need to do is get miles in new places.

2. Pick shows. I'd like to do 2 or 3 dressage shows and at least 1 combined test or mini trial. Probably 1 hunter pace in the fall as well. I don't want to get too ambitious. Horsey activities are hard to manage when your hubby works weekends and you horse show with the person you'd be inclined to leave the toddler with. Though maybe if we go in a big enough group, the toddler can come too. And sometimes I get lucky and her brothers are free to hang out with her.

3. Commit to taking monthly confo pics. That way I can really see Curtis change. I think I only took like 4 all year this past year....

4. Take SJ to her first leadline!!!! Her and Rascal are READY! And she's been asking several times a week since I came home from the dressage show in November if she can ride in a horse show.

Not very fancy goals, but it's what we need, overall. 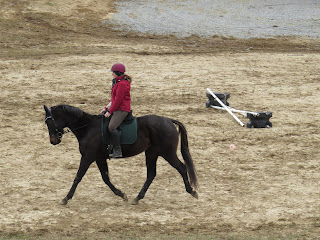 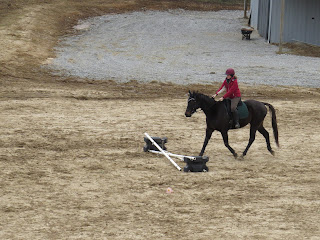 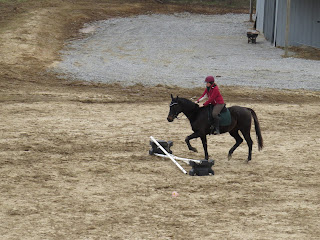 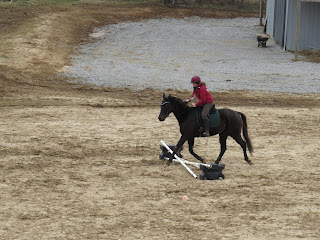 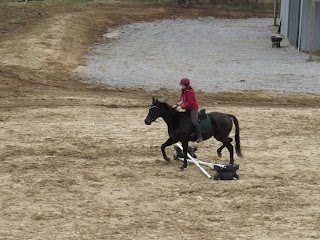 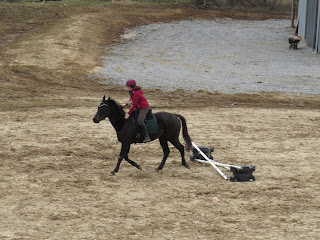 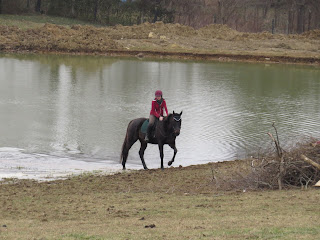 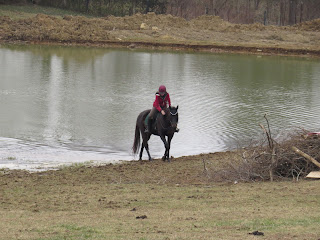 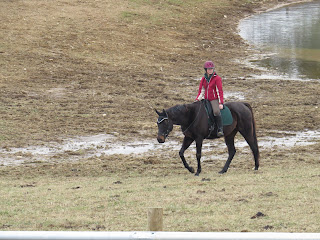