So this week has not gone to plan. It rained like crazy Monday and Tuesday so in preparation for going to the ride a test I had to ride Curtis at T's and leave him there over night. Then I bring him home for 1 night and my daughter's nasty shitty appy beat him up. Luckily pretty superficial but Rascal is no long allowed in the same paddock at Curtis.

Curtis has handled the complete lack of routine well. Trailered well to Lexington. Stood well at the trailer like a big boy. Then I gave him a syringe of Syncalm, which btw works amazing without have a dead head horse. I'm going to buy a shit ton more for trail rides and someday hunter paces and actual real shows. 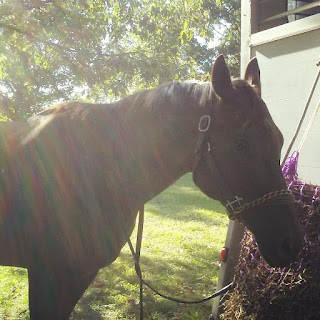 So I got right on warmed up for 5 seconds then asked to go in because I didnt want the other 2 horses warming up to go and leave and him lose his shit. He was a little looky and my hands where nervous and all over and definatelh pissed him off. The judge (a grand prix rider named Judy) said at the end it was good buy she'd like to see more energy and QUIET hands. My hands. The bane of my dressage existence. But Curtis did so well compared to past being judged experiences that I decided to ride a 2nd test. 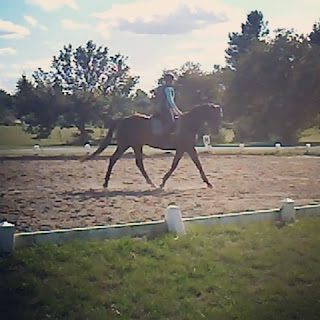 I kind of forgot intro a. I went over it super quick right before I went in and almosy did a free walk where I was supposed to change rein. But quickly remembered and picked that trot back up. Our 2nd time around was fantastic. For us. I'm basing my adjectives against our first outing in May. We have a LONG way to go but the judge said she can see that Curtis has a lot more potential that he showed last night. And no lunging and jumping through the test which is a total 1st.

I am really super thrilled. Maybe it was the fact that there were only 2 other horses there and it was super quiet compared to a normal show or maybe it was the calming stuff he got 30 minutes before we rode or maybe he's just growing up? I don't care. It's taking us forever but we are at least getting somewhere. 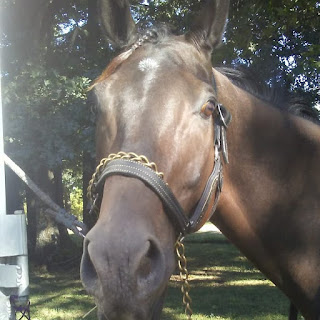 We are supposed to go to Carrie's Sunday and I'm kind of getting burnt out and after this week I'm not sure I have the energy. We'll see though. 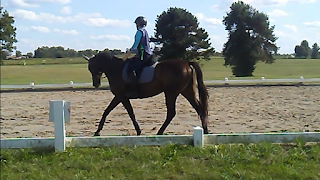