Had to change my plans this summer with Curtis. I have a big bag of magnesium waiting dor me I need to go pick up and I might even ace the kid. But we will learn how to behaved at shows. Probably wouldn't hurt to sedate myself as well. We will go somewhere every week and learn how to behave in a warm up ring. I will school and school even if I never get on him at first. 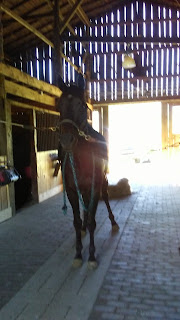 I bought a soumd reduction bonnet but it's too big on him. It's Horze brand. Anyone know a better fitting brand? The ears were pretty much oversized and came off after a canter. 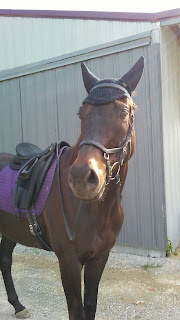 Last Monday we went to T's to ride. She and I both rode at the same time which gave Curtis something to think about. He did really well. One almost run out because mare friend was near the jump. He also got off the trailer and behaved beautifully to be tacked up where as 8 months ago he was a spaz. Improvement. 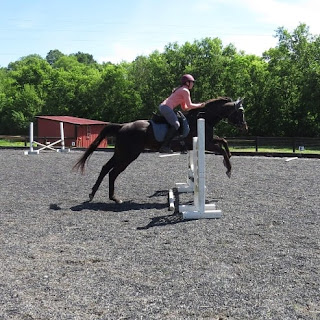 I've also been weaning him from his pals because he ia buddy sour and dependent. He's gotten much more relaxed on his own, especially if he's been allowed some time in the barn, with or without the others. 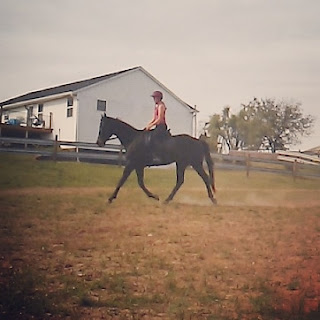 I'm riding over there again tomorrow and I'm hoping next week we can plan a trip to Masterson to school. He needs to be out of his comfort zone more often and so do I.
Posted by Sarah at 2:58 PM