Well the year is basically over. In some ways I feel like I’ve gotten really far with Curtis. And in other ways I feel like we’ve hardly moved on from where we were a year ago. I try really hard not to compare my process to those of other horse and rider teams. But it’s hard. It’s not like I’ve only had Curtis a year. I’ve know him since he was a baby and handled him all through his racing career and injury recovery. 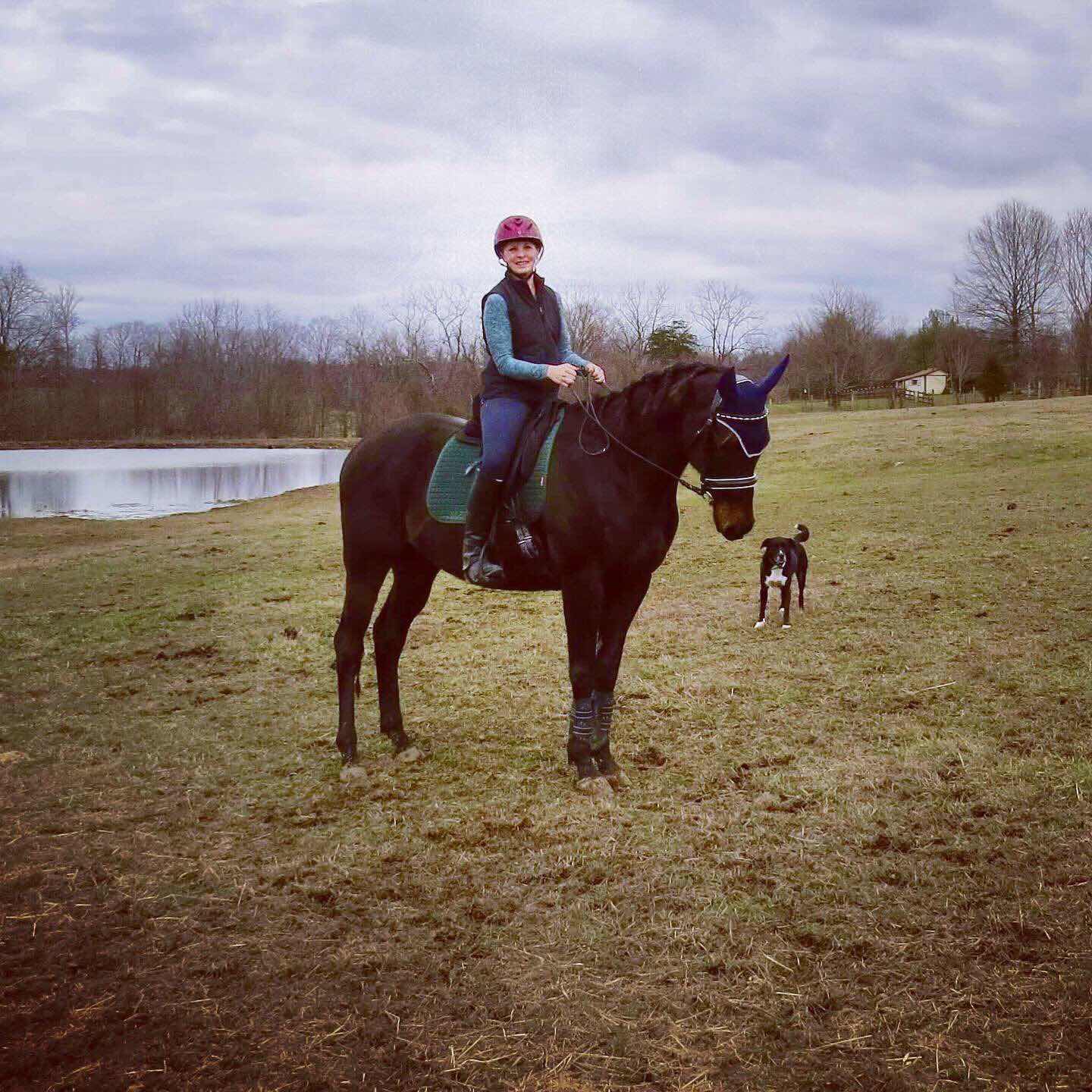 Our 2019 show career was not very successful. I might have had to have a glass of wine to get through my tests without freaking out. We have a plan for next year which is quite a bit like this past year’s only now I have a routine to relax him (hopefully) before getting on to show. And now I know how effective extra magnesium and tubes of SmartCalm are so will be taking advantage of that.

We went to USDF nationals at the horse park in November and all the horses in warm up had their shit together. No one was rank. And I thought as much as there is going on here, Curtis would probably hold his shit together here with other horses who aren’t acting like nut jobs. Only I don’t want to go to recognized shows until I know we can get through a test successfully and have our routine down and there is minimal tenseness and blowing up. But horses at schooling shows can be wild 😬 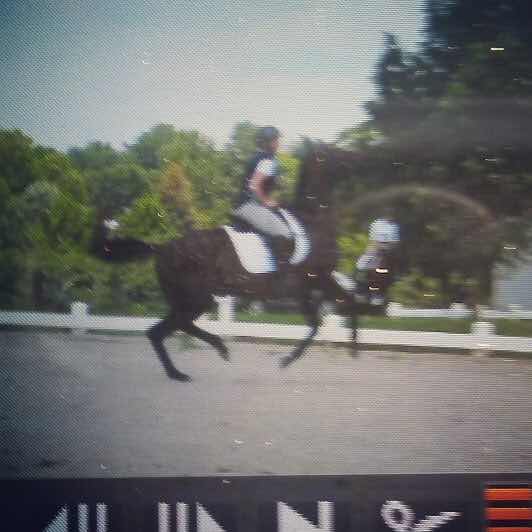 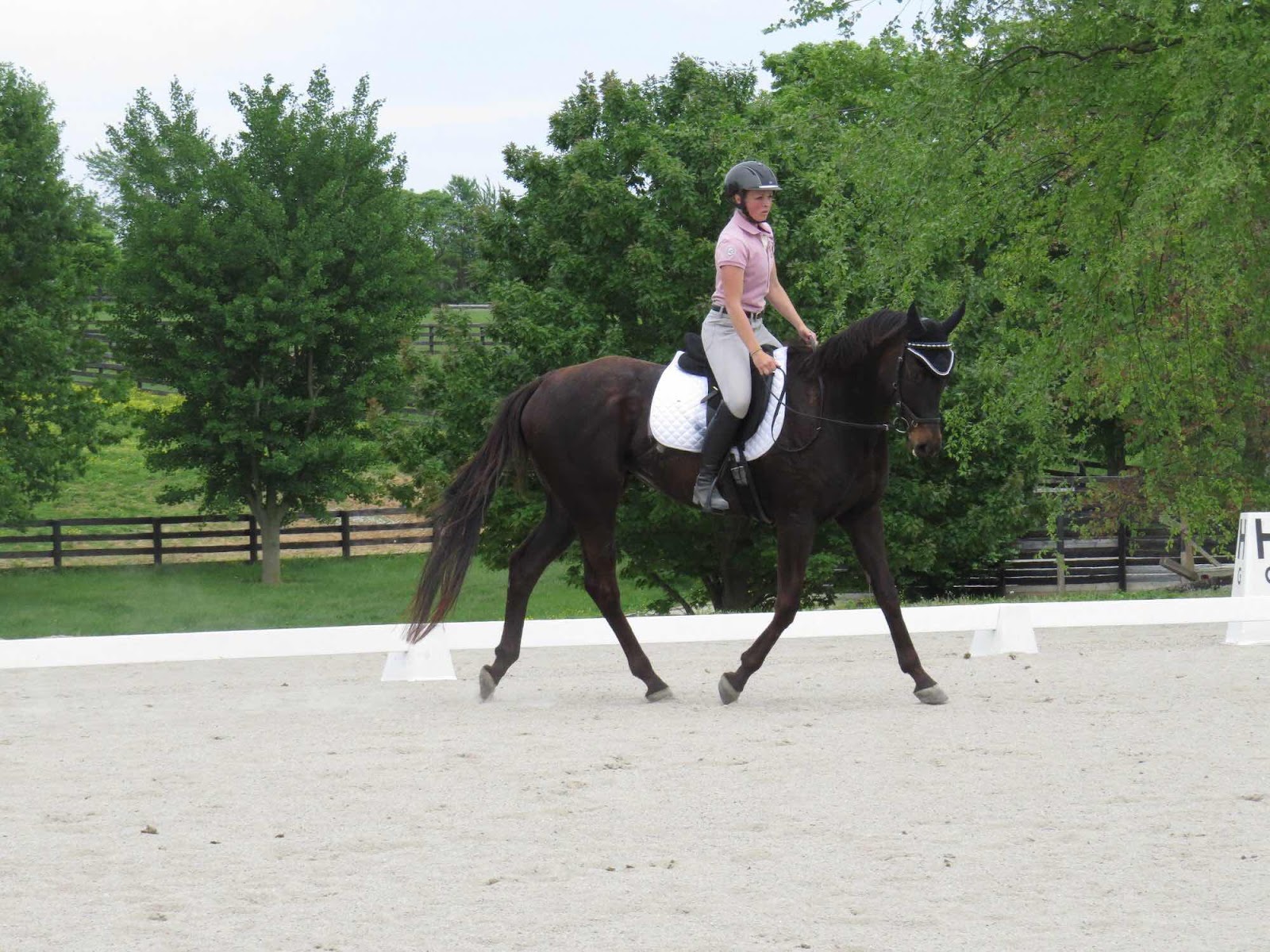 Honestly I am giving it another year. If we get to October or November next year and I’m still dealing with the same issues I’ll just ride him at home, trail ride and maybe I’ll keep taking lessons and train him through the levels but not show him. I understand giving him a grace period and is needing time to figure out shit out. But I don’t want to be still super nervous on a horse who is still blowing up at shows and unable to make it through an Intro test without a tanty. I’m all for moving up slowly but there comes a time when you have to decide if you’re the right team for shows. I am going to keep giving it my all to work through our many issues. But not forever. Curtis is a lifer though. Even if I don’t show him, he will always be in our family. And I do love the little shit to pieces. I really do. 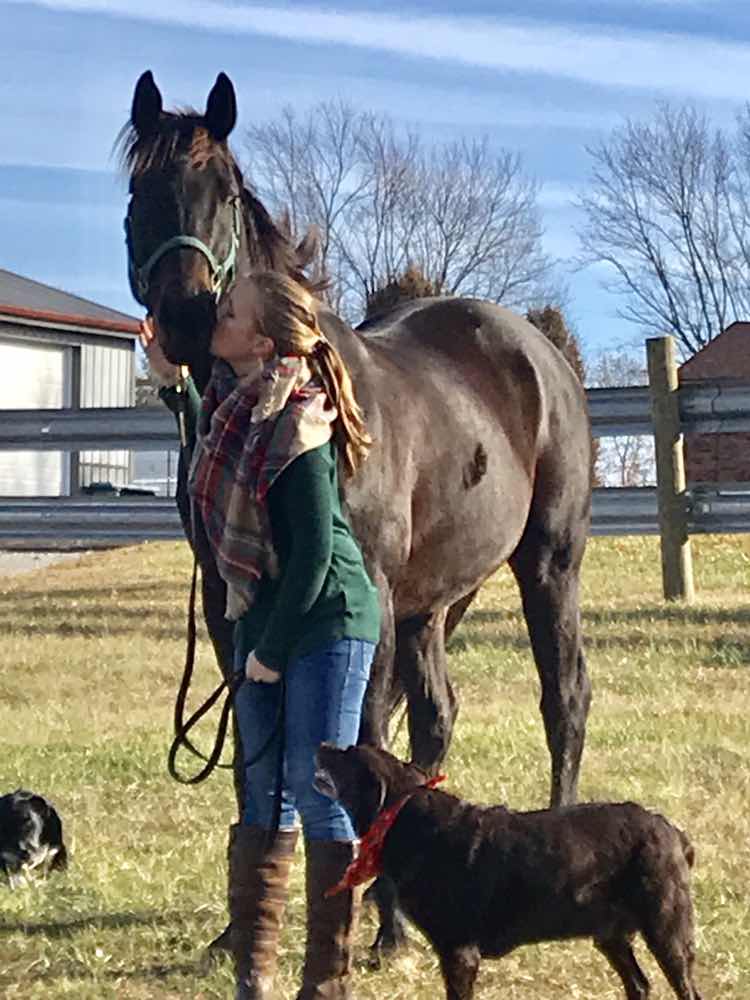 Sneaking a kiss to the horse who hates kisses 😘

On a happier note, all this lunging Carrie has us doing has Curtis getting hunky. And I can see the quality of his gaits improving as well. Due to my lack of freaking footing as usual I can’t always ride after I lunge him but when I do I can feel his trot getting bigger and floatier. He’s lighter too. He was never a really heavy horse but he is carrying himself better. 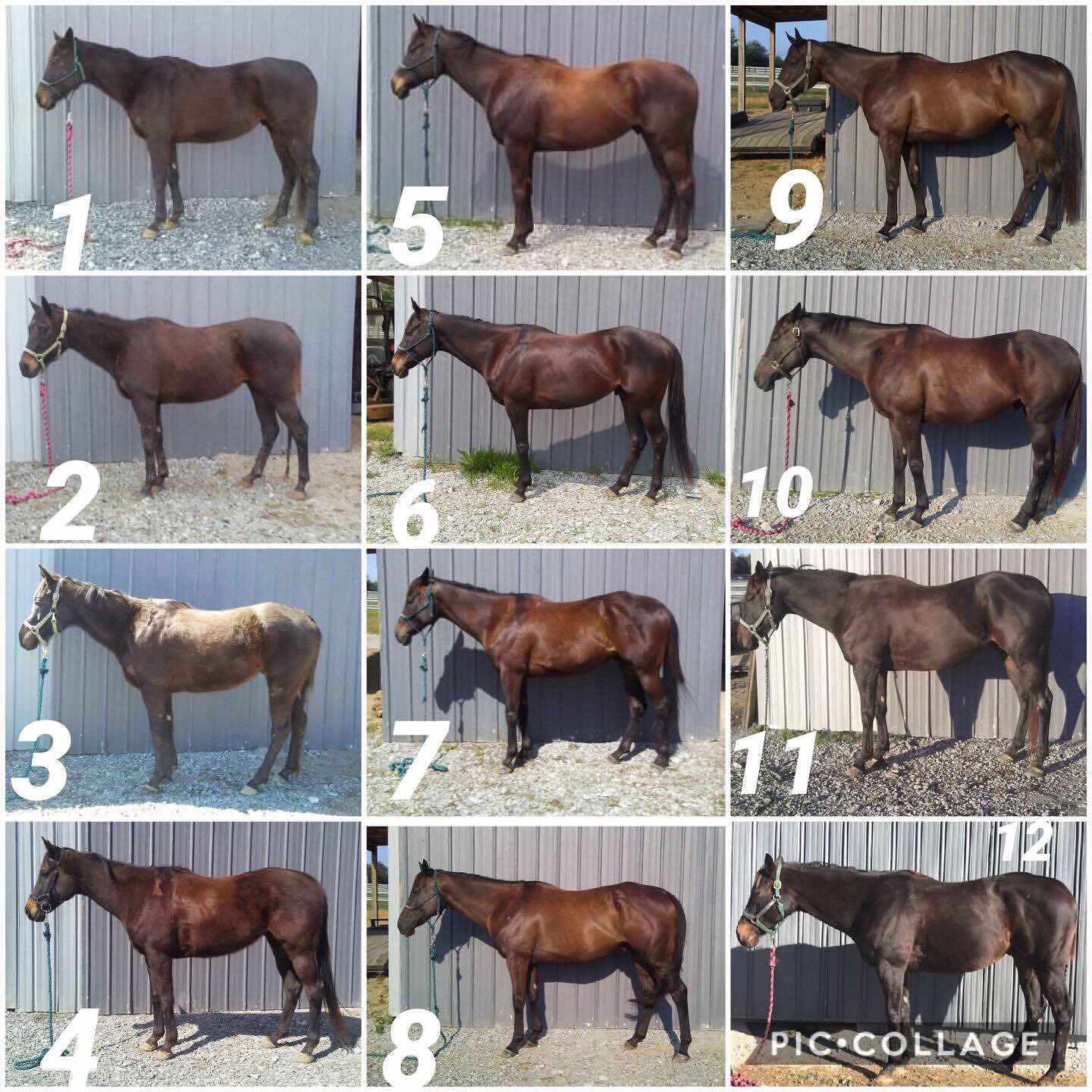 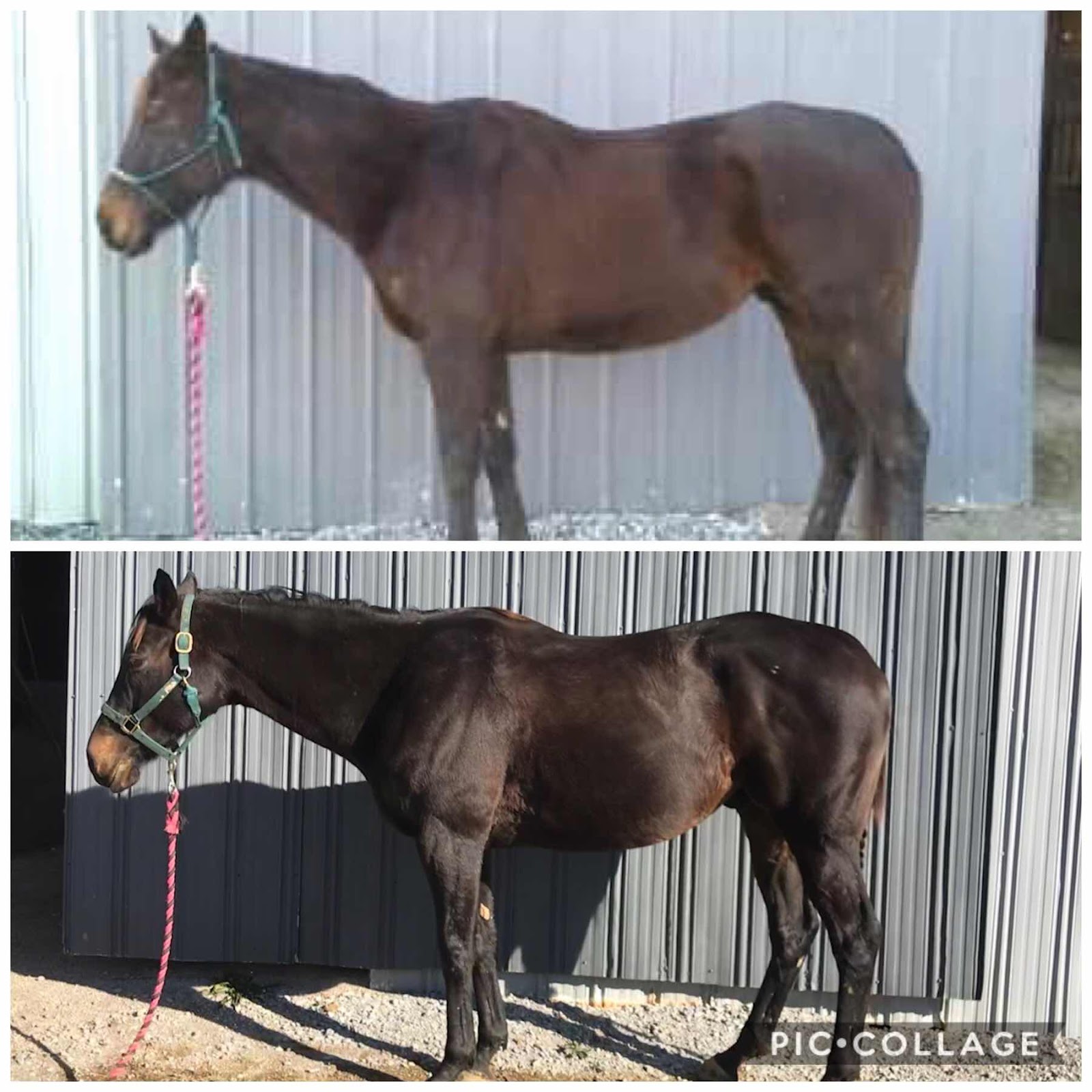 I absolutely refuse to let him get scrawny again. The grain change alone has done so much for his body condition and the lunging has done more. 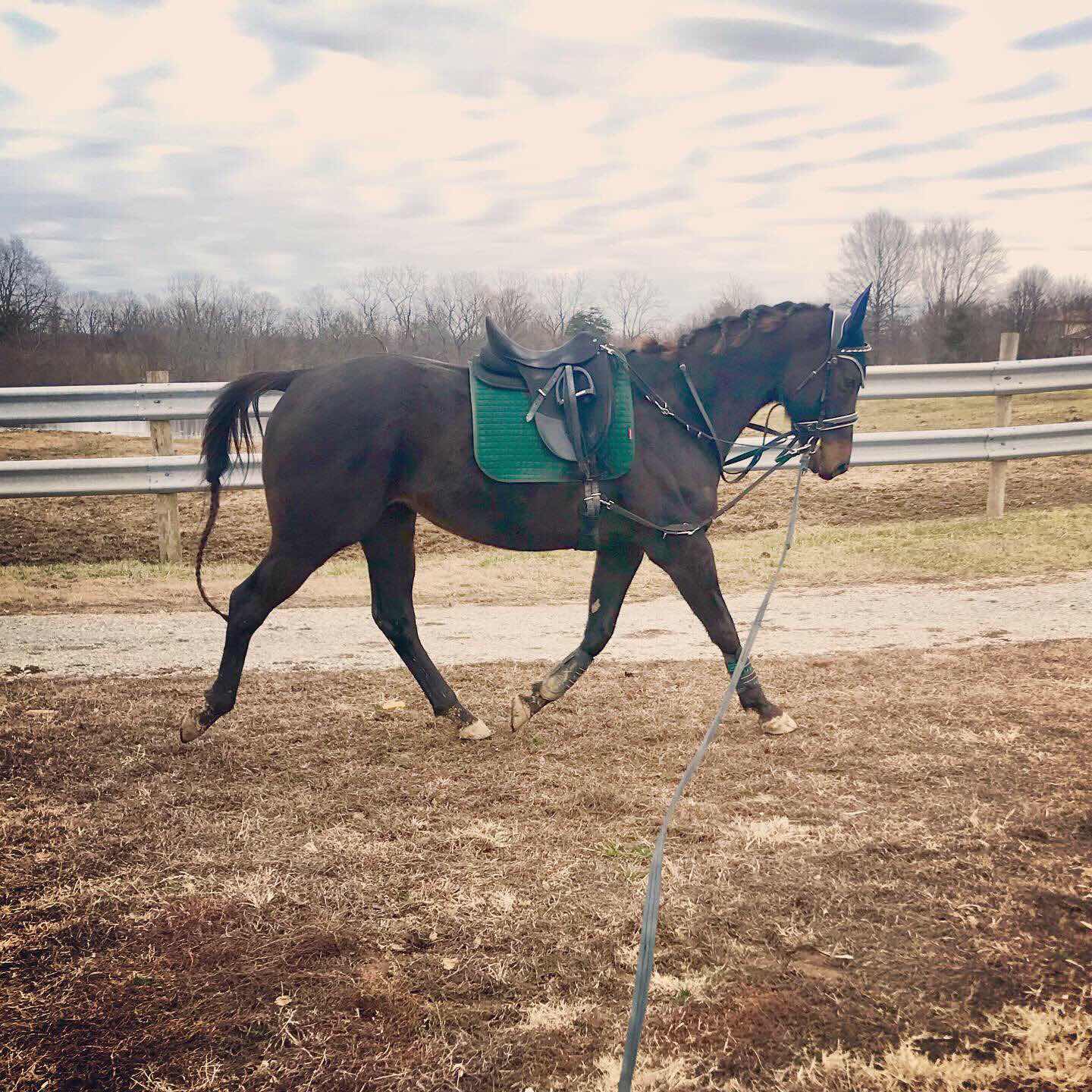