I haven't even been on Blogger in weeks. I have so much to go back and read and catch up on! I've been a little preoccupied with life down on the farm. And some other adulting things I'd rather not deal with and don't want to talk about yet. Side note.... tell all those you know never to grow up. Be 17 forever. Seriously 100 times better than adulting most days.

So here's the quick version. 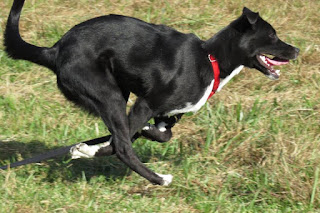 Got Mona on the 9th, that next Monday we were at the vet being treated for kennel cough and a respiratory infection. She was great all week. Smartest little thing! I had been teaching her a million things. Then Sunday she had a little belly ache and quite eating..... for 3 days. She was already skinny, but she dropped weight like crazy. Her vitals were great and she had no fever and she was still drinking water so I waited and waited. On the 4th day we went to the vet. And it's parvo.

Because the shelter she was from is the biggest fucking piece of shit shelter around. The people running it have NO CLUE and don't really care about the dogs. I've actually started pursuing the idea of becoming the new director for the shelter. They just hired one a couple months ago though so it's going to be a fight to get in there. They need someone who cares and actually knows about diseases and behavior and medicine. Seriously these people don't know jack fucking shit. I'm so fired up about it. If they had bothered to vaccinate on in take like EVERY OTHER SHELTER she would never have picked up parvo. Which I KNOW she got while there because of the incubation period.

Anyways. I could go on and on about that.

I just brought her home from the vet today. We caught it super early. Before she got any of the violent symptoms or a fever. She's already back to being a nutjob and eating me out of house and home. So I'm super happy. Roader is happy too. I think he though I took another friend away.

I rode Twister last week. He was fabulous except for when we spooked at a cardboard box. His feet are a mess and I was going to have the pro come out and do his feet but then I spent far too much money at the vet in a matter of 3 weeks. So Twister will have to deal with my pathetic trims for now.

And yesterday I went outside and chased my horses around in a dress and muck boots with a whip so they could work off some fat. Because they are disgustingly fat. I need to lipo suck some of it out and put it on Mona. 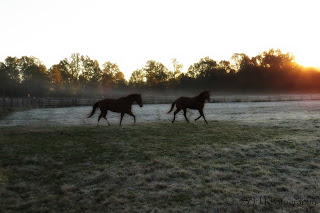 I had big plans to ride and take pics of foliage this weekend but... rain. All weekend. I would have ridden today but I got to pick Mona up from the vet and that was priority. I was so happy to bring her home. Twister is definitely a little pissed at me. I've been neglecting him for baby-incubating naps and a new puppy. I miss him. 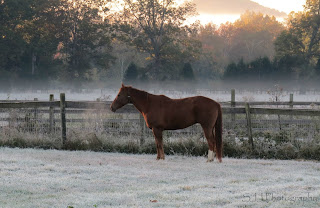