My Legs are Weak

Having some stubborn days with Curtis. Partly because my legs are weak. I get so worn out keeping him forward and trying to push him off my leg and I try to only use the dressage whip when he really ignores me. Partly because maybe I went too fast. Even though he was doing well maybe I should have taken a few more days working on legs before asking for contact and then doing it all trotting..... The good thing is I'm not that far along. And I've only been riding every other day or so which seems to keep him more willing to stop being lazy. I've stopped lunging before I ride too. 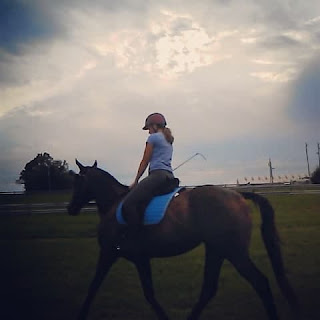 His feet are still tender as well, despite copious amounts of Keratex Hoof Hardener. The not having a farrier thing is getting old fast. And yea, I could technically trim myself and at least them all cleaned up. But Twister is really the only gentleman of the bunch when it comes to feet. Curtis is MUCH better than he used to be but I still wouldn't get under him by my self. And Rascal? Forget it. 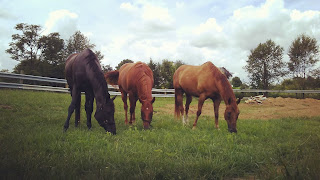 On a good note, my dressage saddle came this week. I was pretty sure the girl said it had a MW tree in it but it's a wide and it actually fits Curtis really well. And it's incredibly comfortable. I don't feel like his girrafe-ness and stubborness is related to the new saddle either, because he was being a pain even before it came. He's just really let down..... I tried to canter for the first time yesterday and he trotted SUPER fast so matter what I did or how I asked, but would. not. canter. Wins races. Won't canter around for fun 2 years later. Whatever. 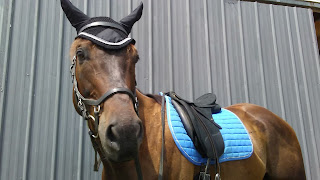 I need my person to be home for a couple hours one morning so I can get on Curtis and WTC him in the field with the Twister. I'd even go alone as long as someone is home. But when he's not home I ride when the little one sleeps and I don't want to fall off too far from the house ya know? 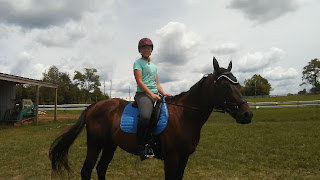 Twister and I are going to a hunter pace in 2 weeks so I'm riding him the days I don't ride Curtis. He feels like a frisky asshat who wants to drop me, but I can tell he's starting to be old. Sometimes at the trot but always at the canter he starts hacking like he's heavey then sounds like he's roaring. He works out of it in a couple minutes but I hate it. Probably I'll have to wet his hay this winter. He'll be 15 in March and that doesn't feel old to me. Especially when he gets so sassy under saddle.