I've been busy racehorse-ing and taking care of my broken puppy (who is super happy all the time despite everything!) to ride. The other day I had time but I also had a migraine and the migraine won. Porkchop didn't finish well in his race yesterday but he might have a bit of upper respiratory infection. And I've been to the track a couple times to help with little Curtis.

Today though, I rode!!! My neighbor and I went down the road a ways. Not a long ride but definately one of the best rides I've had on Twister in probably close to a month. He was so relaxed. And whatever he pulled in his right hind is better and he was jogging and stretching out at the walk nicely. Which means now I have no excuse to not be jogging him again. If rain can hold off until after work tomorrow I might even be able to go outside and canter a bit. My "arena" is almost dried out enough. *Almost*. 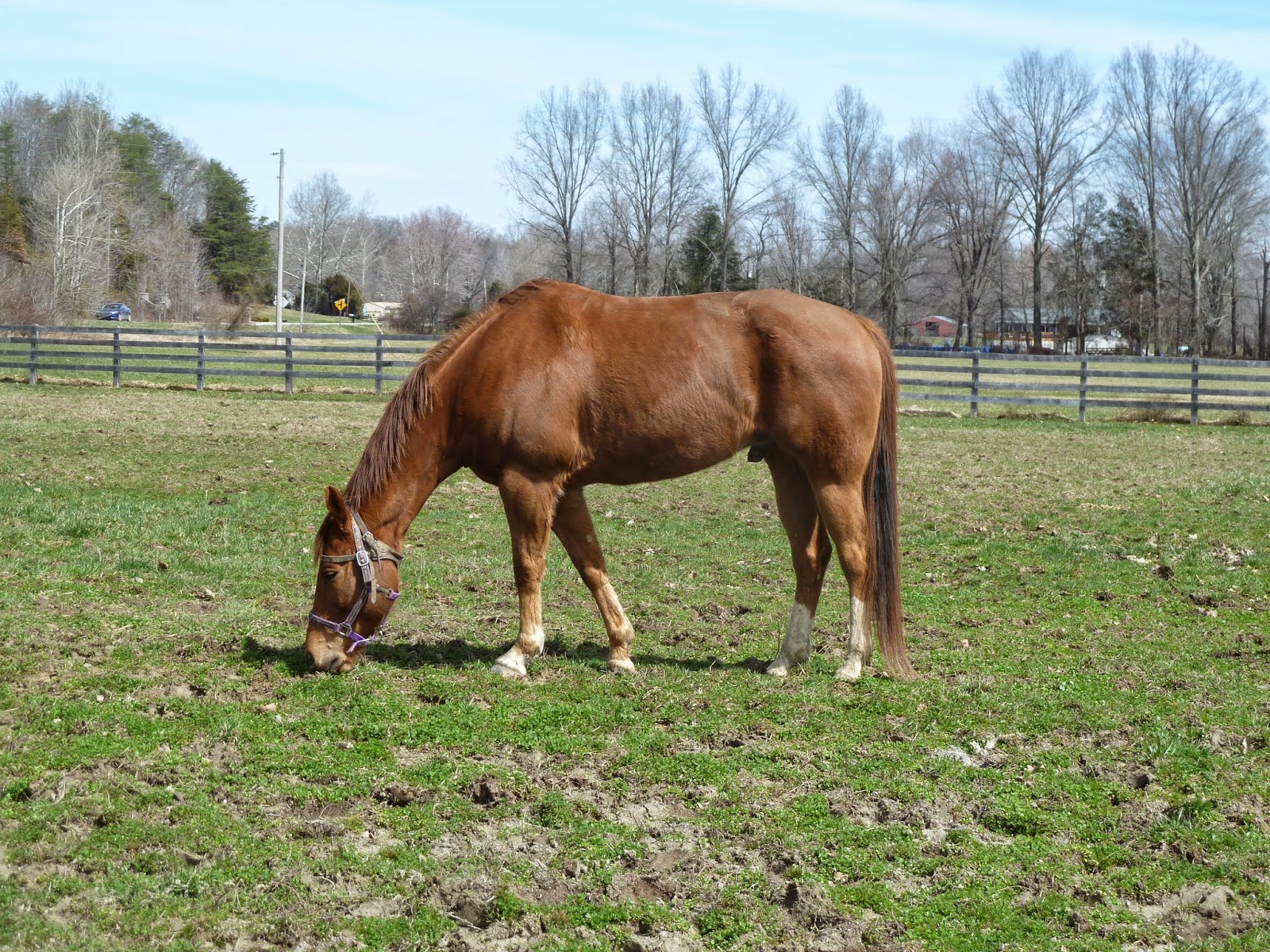 And whatever topline Twister and I were working on is gone. He worried off a few pounds in his 3 days all alone. 3 whole days. He is unbelievable relieved to have buddies here. And before his buddies leave again he will have a new semi-permanent buddy move in.

I worked on his feet.....again. A work in progress as always but coming along. They are pretty tough too for feet that look like shit.

And I just picked out my first show. Schooling show in Lexington in 2 weeks. I'm going to do a combined test. Intro test A and 2ft arena round. I'll probably do an extra jumper round at 2ft as well. If I feel like we can't handle it after all I'm only out 10 bucks.....
Posted by Sarah at 6:56 PM