Tack Shoping and Make Over Weekend

I haven't spent much time in the barn in the past two weeks other than to do chores. But yesterday I finally got out there! But not before going to a tack swap Saturday morning where I got over $100 of stuff for like $30. And then I took my friend to a niiice tack shop for her first time. She's only been to backwoods tack stores, nothing wrong with them. But they never carry English stuff. We all tried boots on and she tried on breeches. I got one of those fake show shirts to go under my new jacket that I bought online and some new laces for my tall boots. But at the swap I got a bit I'm pretty sure is a $60 baucher and I got saddle stands for the track and a fancy brow band for Twister's halter.

After I got home from tack shopping I went for a little ride on Twister. He was naughty. Very naughty. He was spooking at the infamous garbage can and being a shithead. When I took my dressage whip and smacked him once on the shoulder to get his attention and he bucked. And he kept trying to kick out at the dogs. So I decided to take a different approach and gallop his fat, out of shape ass up the hill a few times. Harder to buck going up and down a steep hill, right? It worked. Then we took a nice walk around the farm before going back to get his make over. 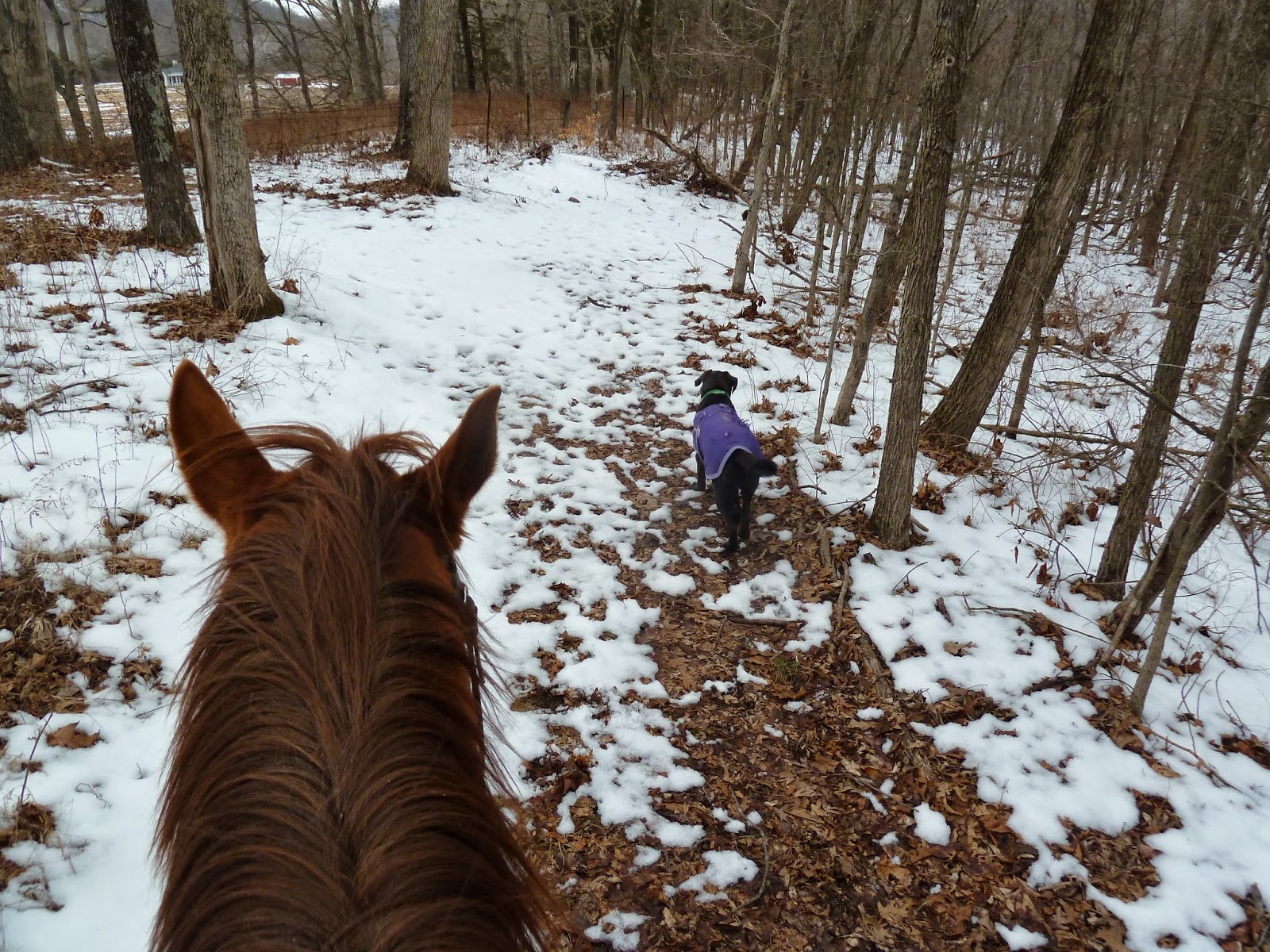 I have to do SOMETHING with this kid. Even trot sets and just deal with the dusty nasty shedrow. Also in like 2 weeks Twister will be the only horse on the farm. Not sure how he's going to handle it. HAHAHAH who am I kidding??!!! He'll lose his mind like a foal being weaned from his mommy. I think it might be time to getting another riding horse. Or let one of my friends keep a horse here. Or something.

Here is Twister is some of his new tack. I have an addiction and I need help.


I have been trying since like August to find sport boots for Twister that fit and I haven't been able to! SMB's didn't fit and Pegasus didn't fit and Sportsman didn't fit. But these Tough One boots for HINDS fit him perfectly on his fronts!


And last but not least, I cleaned my feed room and especially the tack/cat room. Cleaned the shit out of it! I'm all ready for spring, summer and shows!